Ruby on Rails: features and use cases Do you need to create rapid development for your clients? Today we tell you what you need to know about Ruby on Rails, the framework designed to quickly launch a product to the market. Find out what it is about below.

What is Ruby on Rails?

Ruby on Rails is a web framework that was born in the Basecamp company. Characterized by simplicity, it uses the Ruby programming language and is used to build web applications on the server side (back end). It works with the MVC (Model View Controller), a fairly famous architecture pattern.

It was released as open source and was a complete success; At that time, there was no such tool for web development. Its ultimate goal is to deliver as quickly as possible the value that the customer or the product needs.

This technology follows some development principles, such as Don’t repeat yourself to avoid repeating code. It uses Convention over Configuration; this is a software programming paradigm that seeks to minimize the number of decisions a developer needs to make, gaining simplicity, without losing flexibility. In short, it saves you from making decisions, a benefit of Ruby on Rails’ agility.

Some examples of companies that use this framework are: Shopify, Github, Airbnb, Groupon, Twitter (in the beginning, nowadays it uses other technologies), AskFM, Slideshare, Hulu, Soundcloud, Urban Dictionary, Basecamp, Bloomberg, Diaspora, Twitch and Heroku.

It is widely used in startups worldwide, because it is designed for agility, rapid development and time savings by avoiding complex architectures.

Currently, modern Ruby on Rails development is based on the Rails API (Rest API) which is generally used by React.js to create a single page application (SPA). However, the Ruby on Rails team created a series of libraries that allow you to build MVC applications, like the usual ones, but using websockets and other Javascript technologies so as not to reload the page. Some of these libraries are: Turbolink/Turbo, Stimulus and Strada. This whole set is called Hotwire.

In a nutshell, this was done to build modern non-reloading apps with Rails and a bit of Javascript, without the need for React, Angular, etc.

In short, if you have a startup or are building a project for one, you should consider Ruby on Rails for development. For more information, do not hesitate to reach out.

PrevAnteriorDocker: definition and basic concepts
SiguienteEverything you need to know about ReactNext 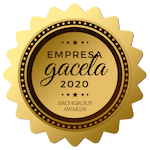 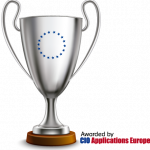